« The Deceptive Subject Line: Gateway to Your Psyche | Main | How Botnets Spread »

A New Low in Phisher Stupidity 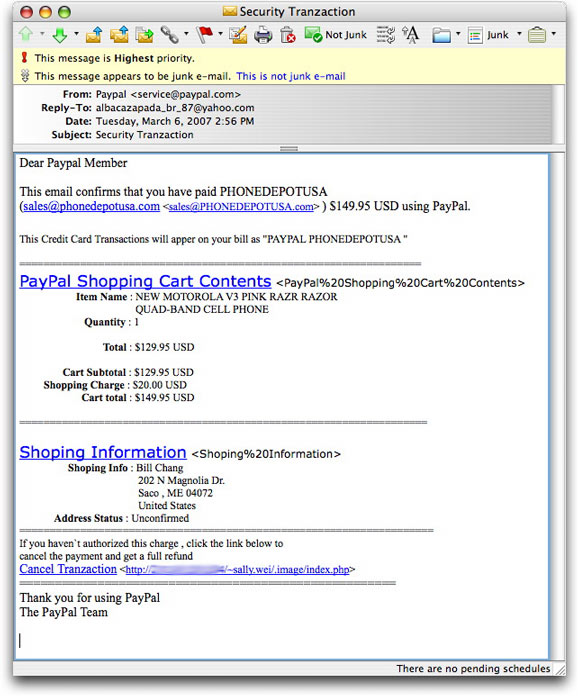 UPDATE (8 March 2007 0820PST): This guy is something else. The URL in the first message had already been taken down by the time I saw it. Later in the day, he found a new server to hijack. He had fixed one of the misspellings, but was still calling everything a "Security Tranzaction." Overnight (here in PST-land), he sent out some more, with a different Subject: line, linking to the second URL. Also sometime overnight, the second URL was taken offline. And just now, I got another message identical to the one in the picture above, pointing to the now defunct second URL. These bot-net mailings have to be costing this guy something, so I'm hoping the old adage, "crime doesn't pay," holds up.