Yesterday (continuing today) it was Twitter. Today it's Amazon.com getting the medz spammer treatment. Under the guise of a "Deal of the Day" email message, the HTML version of the email looks all amazon.com, and even fetches images therefrom. Every link, however, eventually leads to a medz site (with the same content as the destination of the phony Twitter messages). 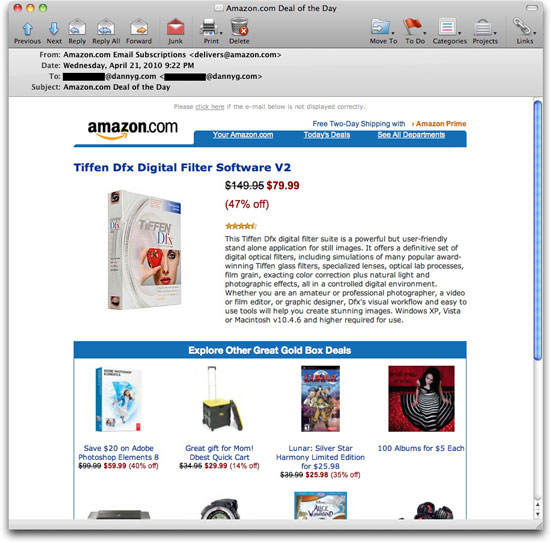 The spammer goes to sufficient detail as to replicate the fine print of what may be actual messages from Amazon (although the email address doesn't match the recipient's):

Some additional copies of the spam message arrived, but there is a curious substitution of the featured product headline and image:

All other product images in the message are the same as the original one. It's inexplicable and illogical. I mean, it's not like the spammer threw in a photo of a medz bottle to satisfy anti-deception practices. Weird.