Malware delivery assholes are using the impending announcement of Apple's latest iPhone(s) to trick unsuspecting users into downloading and installing bad stuff onto their PCs. The following image is from an email whose subject is: iPhone 5G S has been released: 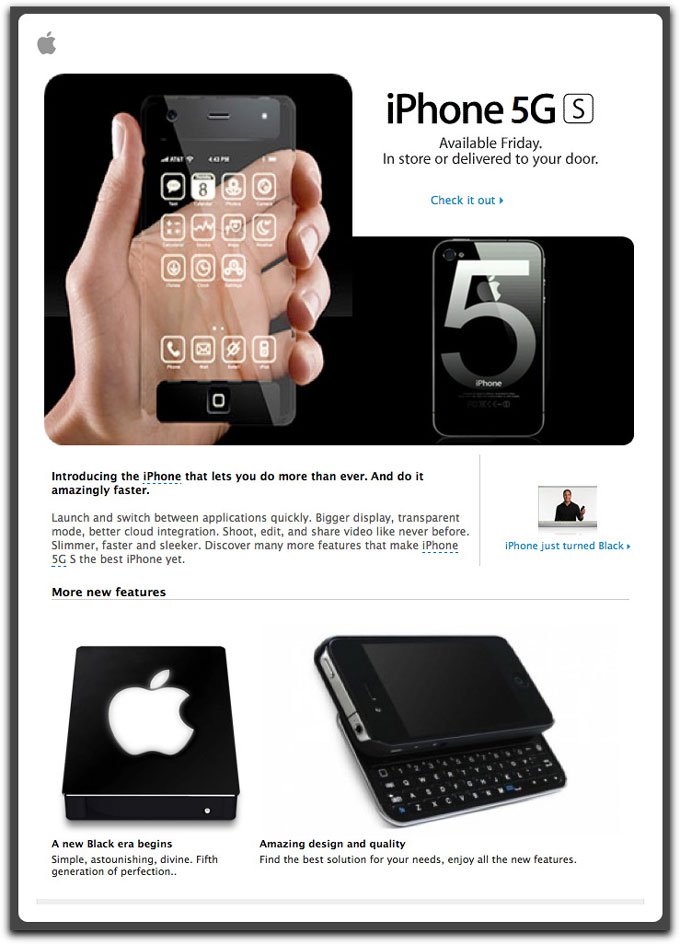 Except for the overlaid "5", the images are resurrected from tricksters who pulled similar Photoshop tricks ahead of earlier iPhone releases. I'm not really sure what the lower left image is supposed to be, and the caption (including the laughable misspelling) offers no clue.

The two links ("Check it out" and "iPhone just turned Black") are to download a .exe file (iPhone5GS.gif.exe) from a hijacked web site. This is obviously targeting Windows users, but a smart(er) malware crook could attempt to exploit recent vulnerabilities putting some Mac OS X users at risk.

It may be hard for iPhone fanatics to resist, but resist you must.